Dispersible Enhanced Recovery Treatment, DERT, is a hemostatic wound treatment that dramatically increases blood clotting rates, greatly reducing blood loss from traumatic injuries. It was developed in response to a U.S. Department of Defense request for novel wound solutions that could outperform the hemostat bandages typically used by battlefield medics.

DERT was developed by an interdisciplinary group of scientists at Oceanit that perfectly encapsulates the Intellectual Anarchy approach. The team was led by a researcher trained in pathology and toxicology, not in hemostasis. And It included diverse experts such as nanomaterials engineers, chemists, neuroscientists, and physicists. 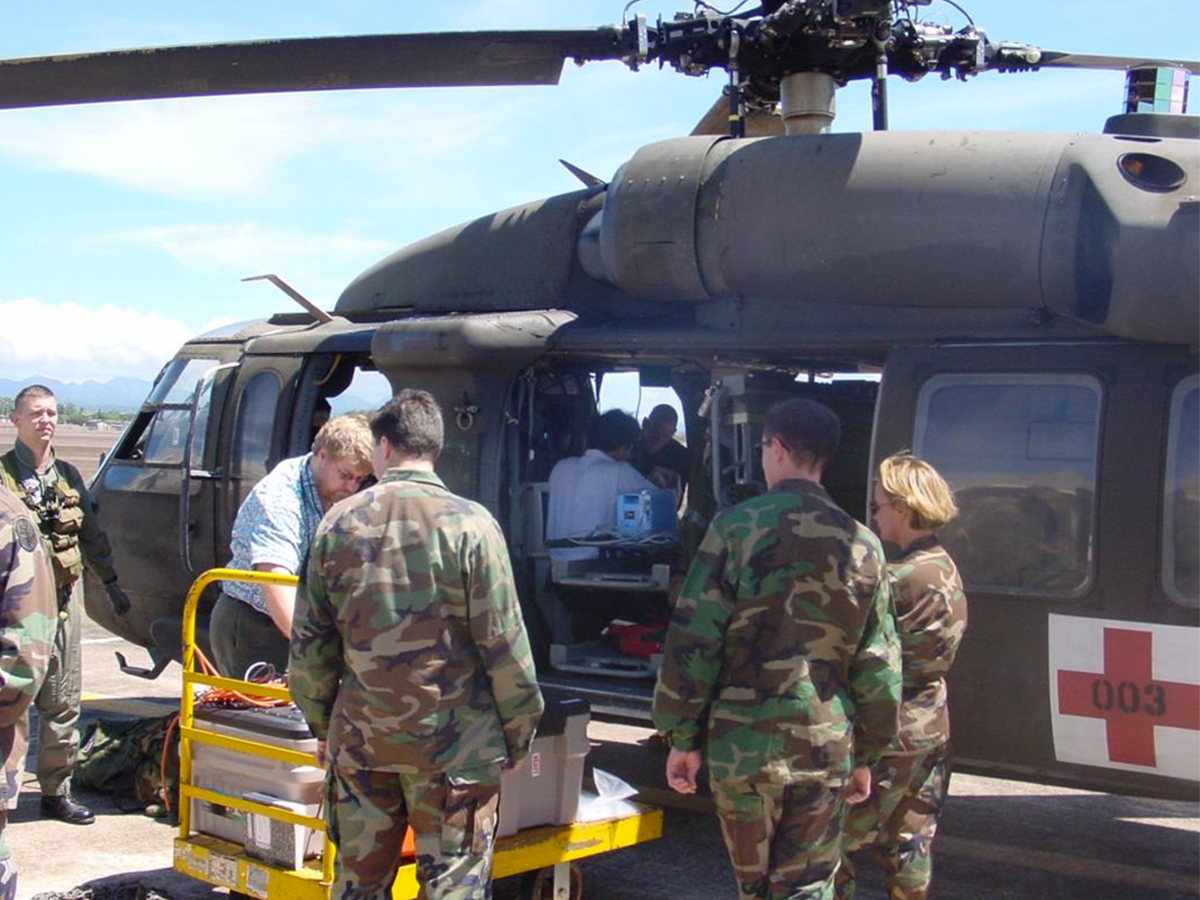 The team set out to develop an easy to apply, all-purpose wound treatment. Eventually, they created a bandage that could heal wounds 200% faster than a typical bandage—except it had the tendency to fall apart. Pivoting from what might otherwise seem like an impassable roadblock, they decided to grind the material into a powder to see if it still worked to staunch bleeding in wounds. In this new form, which resembled coffee grounds or dirt, the hemostatic material was a complete success.

Composed of biodegradable and biocompatible ingredients, DERT combines natural biopolymers into a hemostatic therapy with inherent ability to induce near-instantaneous blood clotting. Components of the DERT dressing cause red blood cell and platelet aggregation and are bacteriostatic. In-vitro testing shows that relatively low concentrations of DERT can cause instantaneous clotting of blood and plasma, and pre-clinical trials showed that DERT can reduce blood loss by approximately 35% percent as compared to gauze and the leading commercial hemostat bandage.

DERT is proof that medical innovation can happen almost anywhere, given the right mindset. Many places in the United States have the same limitations as Hawaii from a health perspective—in this case, no large-scale healthcare industry in proximity, no other companies to take cues from, and no nearby sources of specialized materials. But in the 21st century, proximity isn’t necessary. Hawaii has a good university, an educated population, and access to transportation and Internet, and that’s more than enough.

Read more about DERT and how flexibility was key to its creation in Chapter 1 of Intellectual Anarchy, available soon.